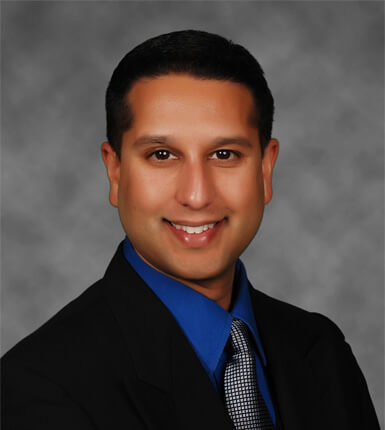 Vineet Choudhry was born near Chicago and has lived in various places growing up such as Kansas City and San Francisco. However, he moved to Ft. Worth, Texas in 1984 and now considers himself a native Texan. He graduated with a Bachelor of Science in Biochemistry from the University of Texas at Austin in 1997. He then received his medical degree at Texas A&M Health Science Center College of Medicine. After successfully completing his specialty training residency in General Surgery at the University of Kansas School of Medicine in Wichita, Kansas, he returned to Austin in 2008 to open his medical practice.

Dr. Choudhry’s wife, Jo Lanee Choudhry, M.D., is an Obstetrician/Gynecologist and practices in Round Rock. She did her undergraduate training and medical training at Texas A&M, and completed her residency in Wichita at the University of Kansas. They both enjoy cultural activities such as Broadway shows and operas, movies, traveling, and spending time with friends and family.